Move Over Cotton, Say Hello to Hemp- The ‘Forbidden’ Crop That is Taking the World by Storm!

Allowing and encouraging domestic hemp cultivation would be a boon for small farmers, especially organic farmers. I’m talking only about industrial hemp, not medical cannabis/marijuana, which continues to prove its merits and gain acceptance

Industrial hemp’s use should be a no-brainer. But it’s a complex boondoggle of legal and bureaucratic nonsense even without THC, the molecule that leads to “Reefer Madness”.

Industrial hemp cultivation has been legal in Canada for some time, and now the U.S. is following suit after passing of the most recent Farm Bill. For decades, the hemp industry in the United States was pushed to the side by government connected industry insiders whose monopolies were threatened when it appeared hemp may boom and compete for the very products of their monopolist concerns.

Circa 1937, the hemp industry had been given a mechanical invention gift known as the decoricator machine was invented. It was a machine that was to hemp what the 19th Century cotton gin was. It replaced hand shredding of hemp to glean its fibers, fibers that could be used for textiles, clothing, paper, and plastic.

With the advent of the decoricator, hemp would have been able to take over competing industries in paper, textiles for clothing and other applications, fuel, and plastics. Growing hemp in abundance was easy, and it’s plant to harvest time was no more than six months.

According to Popular Mechanics during that time, “10,000 acres devoted to hemp will produce as much paper as 40,000 acres of average [forest] pulp land.” Then a small number of large businesses with competition concerns used high level government connections to push through the Marijuana Tax Act of 1937.

The ensuing marijuana scares hyped by movies such as “Reefer Madness” brought about more legislation that would prohibit all hemp cultivation, even hemp without THC.

Prior to this, even without the high speed decoricator, hemp was an easy cash crop for small farmers, some of whom were recruited to continue cultivating hemp during WW II to provide hemp fibers for U.S. Naval ships’ ropes as well as other military applications.

And prior to that, hemp was so important during colonial and early American times that farmers were virtually required to cultivate it along with their other crops.

George Washington – “Make the most you can of the Indian Hemp seed and sow it everywhere.” 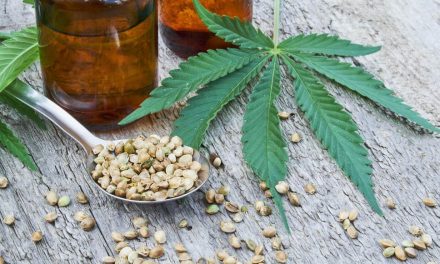 The World’s First Plane Made From And Powered By HEMP